The general assembly and the board of governors with 24 sitting members:

These 3 trustees propose 12 people elected from among the 24 members (usually company Chief Executive Officers) of the Board.
In addition to the trustees, the 12 elected members represent local institutions:

It is made up of the principal managers of CPE Lyon and its subsidiary, CPE Lyon FCR SAS.

The members of the CPE Lyon management committee are: 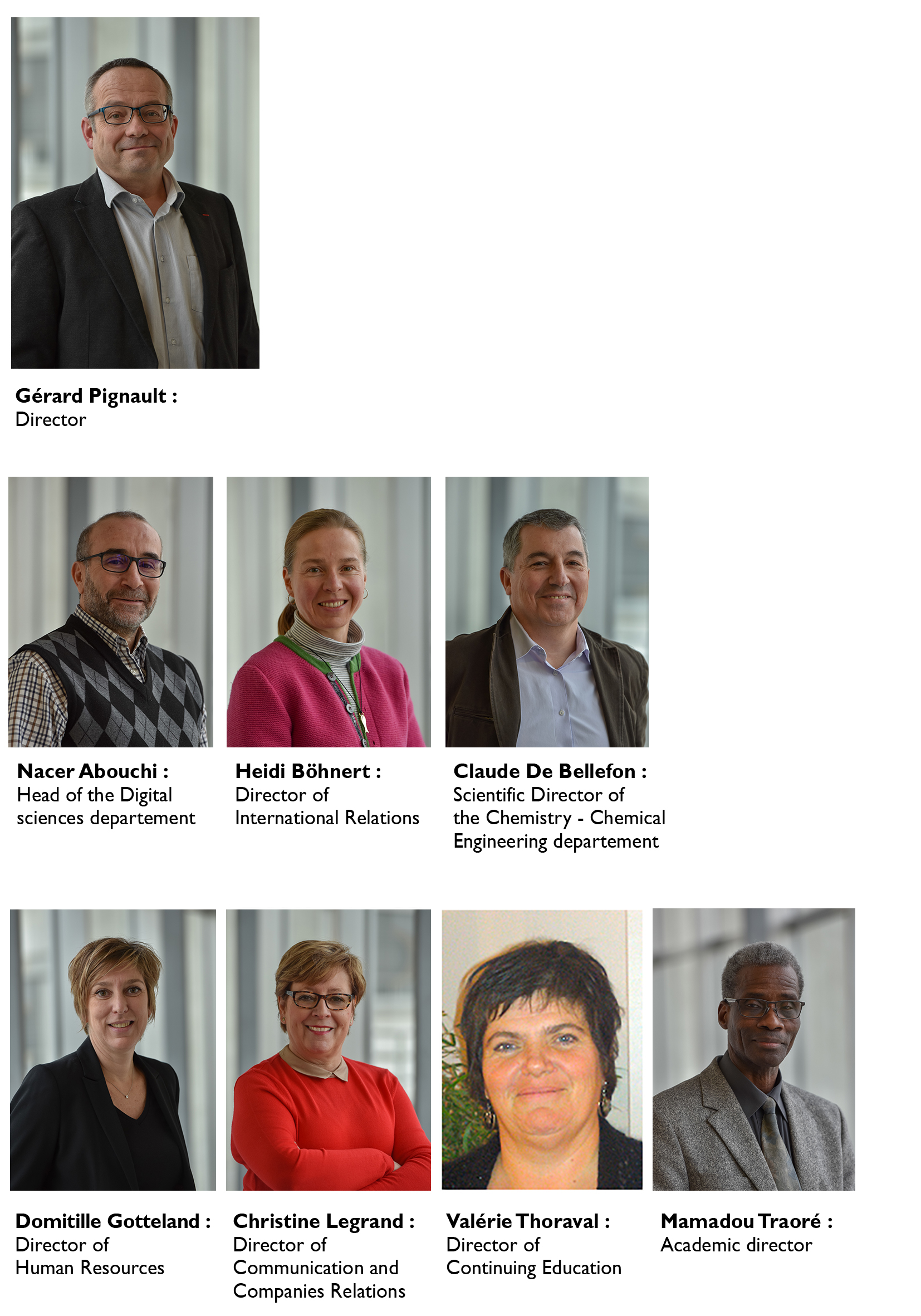 The school is headed by Gérard Pignault

Gérard PIGNAULT has graduated from the Ecole Polytechnique in 1978. He has been at the head of CPE Lyon since September 2004, after having occupied various posts at Pechiney: