The courses offered at CPE Lyon are perfectly in line with the sectors of activity which have made Lyon and its region so dynamic.

Lyon and its famous « chemistry valley » are inexorably linked. Within this economic domain, the industrial chemistry school ESCIL (Lyon School of Industrial Chemistry) was created at the end of the 19th century, and is one of the two schools that merged to form CPE Lyon in 1994.

The chemistry and process engineering sectors in this region are dynamic and attractive. There are a large number of companies and research laboratories with an international outreach, together with large international groups, a network of small and medium-sized companies. In addition, there are many start-ups, whose creation is a result of the valorization of research through patents, along with competitiveness clusters, notably «Axelera», of which CPE Lyon is a member. 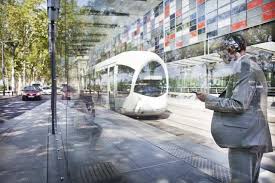 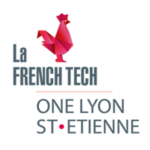 Since 2015, the whole system has been supported by a platform: the «Lyon French Tech» association whose mission is to bring together the different actors, promote initiatives, and develop this sector.  The result is that in April 2017, Lyon was voted

«the best city in France to start a business», and the top city cited by Forbes in the «The top 8 cities where to launch your start-up in France!”»

More than 600 events on « Digital innovation» are organized each year in Lyon. 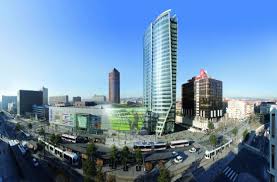 Lyon, one of the largest French cities and a European metropolis, combines economic dynamism, innovation, international influence and quality of life.

Lyon is a major centre for higher education and research with:

CPE Lyon is an Institution associated with the University of Lyon which is a world-class academic site of excellence. It was awarded the IDEX label in 2017 and is located in the heart of the Auvergne-Rhône-Alpes region, in Lyon & Saint-Étienne.

The University of Lyon, structured around 12 member institutions and 24 associated institutions, has three major objectives which are to:

To know everything about Lyon, visit the OnlyLyon website

More information about Activities in Lyon and Food & Gastronomy

We use cookies on our website to provide you with the most relevant experience by remembering your preferences and repeating your visits. By clicking on "Accept all", you consent to the use of ALL cookies. However, you can visit the cookie settings to provide controlled consent.
Accept AllRefuser toutCookie settings
Manage consent

Performance cookies are used to understand and analyze the key performance indexes of the website which helps in delivering a better user experience for the visitors.

Analytical cookies are used to understand how visitors interact with the website. These cookies help provide information on metrics the number of visitors, bounce rate, traffic source, etc.

Advertisement cookies are used to provide visitors with relevant ads and marketing campaigns. These cookies track visitors across websites and collect information to provide customized ads.

Other uncategorized cookies are those that are being analyzed and have not been classified into a category as yet.

Save & Accept
Powered by